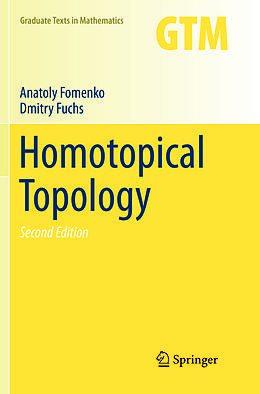 This textbook on algebraic topology updates a popular textbook from the golden era of the Moscow school of I. M. Gelfand. The first English translation, done many decades ago, remains very much in demand, although it has been long out-of-print and is difficult to obtain. Therefore, this updated English edition will be much welcomed by the mathematical community. Distinctive features of this book include: a concise but fully rigorous presentation, supplemented by a plethora of illustrations of a high technical and artistic caliber; a huge number of nontrivial examples and computations done in detail; a deeper and broader treatment of topics in comparison to most beginning books on algebraic topology; an extensive, and very concrete, treatment of the machinery of spectral sequences. The second edition contains an entirely new chapter on K-theory and the Riemann-Roch theorem (after Hirzebruch and Grothendieck).

This book is a treasure trove for every mathematician who has to deal with classical algebraic topology and homotopy theory on the research level. Its style is refreshing and informative, and the reader can feel the authors' joy at sharing their insight into algebraic topology. will be a useful addition to any mathematical bookshelf. (Thomas Hüttemann, Mathematical Reviews, March, 2017)

This book covers all the basic material necessary for complete understanding of the fundamentals of algebraic topology . This increase in the number of topics has made the book more convenient for serious students not only to extend their knowledge but also to gain insight into the interplay between these three subjects. This book is designed to help students to select the level of learning subjects they want to reach . (Haruo Minami, zbMATH 1346.55001, 2016)

Autorentext
Anatoly Timofeevich Fomenko is Chair of Differential Geometry and Applications in the Department of Mathematics and Mechanics at Lomonosov Moscow State University. He is a full member of the Russian Academy of Sciences, and a member of the Moscow Mathematical Society. He is the author of several books, including Visual Geometry and Topology, Modeling for Visualization (with T.L. Kunii), and Modern Geometry: Methods and Applications (with B.A. Dubrovin and S.P. Novikov).

Dmitry Borisovich Fuchs is Professor Emeritus of Mathematics at the University of California, Davis. He earned his C.Sc. from Moscow State University, and his D.Sc. at Tblisi State University. His research interests include topology and the theory of foliations, homological algebra, and representation theory. His main body of work deals with representations and cohomology of infinite-dimensional Lie algebras. This work has consequences in string theory and conformal quantum field theory as codified in the mathematical theory of vertex operator algebras. He is the author of over 25 articles, and has served as thesis advisor to several well-known mathematicians, including Boris Feigin, Fedor Malikov, and Vladimir Rokhlin.

This classic text of the renowned Moscow mathematical school equips the aspiring mathematician with a solid grounding in the core of topology, from a homotopical perspective. Its comprehensiveness and depth of treatment are unmatched among topology textbooks: in addition to covering the basicsthe fundamental notions and constructions of homotopy theory, covering spaces and the fundamental group, CW complexes, homology and cohomology, homological algebrathe book treats essential advanced topics, such as obstruction theory, characteristic classes, Steenrod squares, K-theory and cobordism theory, and, with distinctive thoroughness and lucidity, spectral sequences. The organization of the material around the major achievements of the golden era of topologythe Adams conjecture, Bott periodicity, the HirzebruchRiemannRoch theorem, the AtiyahSinger index theorem, to name a fewpaints a clear picture of the canon of the subject. Grassmannians, loop spaces, and classical groups play a central role in mathematics, and therefore in the presentation of this book, as well.

A judicious focus on the key ideas, at an appropriate magnification of detail, enables the reader to navigate the breadth of material, confidently, without the disorientation of algebraic minutiae. Many exercises are integrated throughout the text to build up the reader's mastery of concepts and techniques. Numerous technical illustrations elucidate geometric constructions and the mechanics of spectral sequences and other sophisticated methods. Over fifty hauntingly captivating images by A. T. Fomenko artistically render the wondrous beauty, and mystery, of the subject. 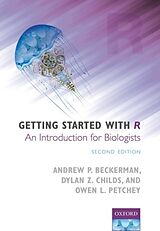