Autorentext
Robert Anthony Salvatore, who writes under the name R. A. Salvatore, is an American author best known for The DemonWars Saga, his Forgotten Realms novels, for which he created the popular character Drizzt Do'Urden, and Vector Prime, the first novel in the Star Wars: The New Jedi Orderseries. He has sold more than 15 million copies of his books in the United States alone and twenty-two of his titles have been New York Times best-sellers.

Robert Salvatore was born in Leominster, Massachusetts, the youngest of a family of seven. A graduate of Leominster High School, Salvatore has credited his high school English teacher with being instrumental in his development as a writer. During his time at Fitchburg State College, he became interested in fantasy after reading J. R. R. Tolkien's The Lord of the Rings, given to him as a Christmas gift. He developed an interest in fantasy and other literature, promptly changing his major from computer science to journalism. He earned a Bachelor of Science Degree in Communications/Media from Fitchburg. He earned this degree in 1981 and later a Bachelor of Arts in English. Before taking up writing full-time, he worked as a bouncer, an experience to which he attirbutes his fierce and vividly described battle scenes.

In the fall of 1997, his letters, manuscripts, and other professional papers were donated to the R.A. Salvatore Library at his alma mater, Fitchburg State University in Fitchburg, Massachusetts.

Adapted from the popular novels by R. A. Salvatore.

Zusammenfassung
Features three graphic novels in the "Icewind Dale Trilogy": "The Crystal Shard", "Streams of Silver", and "The Halfling's Gem". 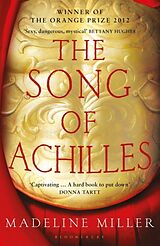