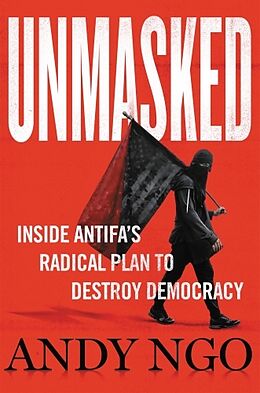 Vorwort
A journalist who's been attacked by Antifa writes a deeply researched and reported account of the group's history and tactics.

Autorentext
Andy Cuong Ngo is an American journalist best known for covering protests in Portland, Oregon. He has written columns in the Wall Street Journal, the New York Post, National Review, and others. His series for the New York Post on Portland's "fake hate crime" industry became a viral sensation. He drew national attention when he was attacked by Antifa on the streets of Portland in the summer of 2019. Until recently, he was an editor for Quillette.com.