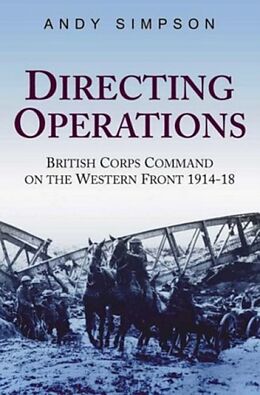 Klappentext Attempts to set out the true role of British Corps (and their commanders) and their control of artillery! which led to their becoming the principal operational level of command on the Western Front in the BEF. This book carries out an examination of how Great War British generals actually carried out their role on a day-to-day basis. Zusammenfassung Directing operations

0The author: (Location: London) has produced two previous books on popular treatments of the Western Front experience and generalship as well as contributing articles and chapters to edited volumes. This is his first book based entirely on primary sources and the first book on corps command and as such, by far his most original.