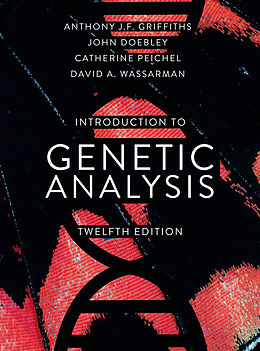 An Introduction to Genetic Analysis 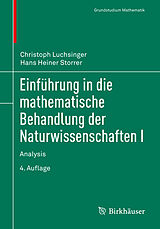 The evolution of a classic


The new 12th edition of Introduction to Genetic Analysis takes this cornerstone textbook to the next level. The hallmark focuses on genetic analysis, quantitative problem solving, and experimentation continue in this new edition while incorporating robust updates to the science.

Introduction to Genetic Analysis is now supported in Achieve, Macmillan's new online learning platform. Achieve is the culmination of years of development work put toward creating the most powerful online learning tool for biology students. It houses all of our renowned assessments, multimedia assets, e-books, and instructor resources in a powerful new platform.

Klappentext
With its author team of prominent scientists who are also highly accomplished educators, An Introduction to Genetic Analysis again combines exceptional currency, expansive updating of its acclaimed problem sets, and a variety of new ways to learn genetics. Historical experiments have also been woven into the text to help students understand how discoveries are made.
This textbook can also be packaged with SaplingPlus; an online learning platform that combines heavily research based pre-lectures with the robust Sapling homework system, in which every problem has targeted feedback, hints, and a fully worked and explained solution. An experienced author team brings together a unique set of expertise and perspectives to help master concepts and succeed in developing problem-solving skills.

Zusammenfassung
The evolution of a classicThe new 12th edition of Introduction to Genetic Analysis takes this cornerstone textbook to the next level.

Inhalt
1 The Genetics Revolution in the Life Sciences
2 Single-Gene Inheritance
3 Independent Assortment of Genes
4 Mapping Eukaryote Chromosomes by Recombination
5 Gene Interaction6 The Genetics of Bacteria and Their Viruses
7 DNA: Structure and Replication
8 RNA: Transcription and Processing
9 Proteins and Their Synthesis
10 Gene Isolation and Manipulation11 Regulation of Gene Expression in Bacteria and Their Viruses
12 Regulation of Transcription in Eukaryotes
13 The Genetic Control of Development
14 Genomes and Genomics
15 Mutation, Repair, and Recombination16 The Dynamic Genome: Transposable Elements
17 Large-Scale Chromosomal Changes
18 Population Genetics
19 The Inheritance of Complex Traits
20 Evolution of Genes, Traits, and Species

Titel
An Introduction to Genetic Analysis 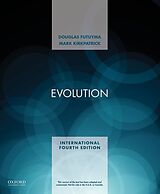