High Quality Content by WIKIPEDIA articles! Judy Garland received numerous awards and honors during her 40-year career. Garland won or was nominated for awards for her work in motion pictures, television, music recording and on stage. She was twice nominated for an Academy Award and was awarded a special Academy Juvenile Award in 1940. Garland won a Golden Globe Award and was nominated for a second, and she received a special Tony Award for her record-breaking concert run at New York's Palace Theatre. Garland won two Grammy Awards for her concert album Judy at Carnegie Hall. Garland has also received a number of posthumous awards and honors. She was the recipient of a Grammy Lifetime Achievement Award and several of her recordings have been inducted into the Grammy Hall of Fame. She has twice been honored on United States postage stamps and has two stars on the Hollywood Walk of Fame. The American Film Institute has repeatedly recognized her talent, placing Garland eighth on its list of the top 100 female stars of all time and placing five of her recordings in its list of the 100 best songs from films, including "Over the Rainbow" at number one. 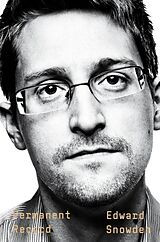