The Bahá'í Faith in Niger began during a period of wide scale growth in the religion across Sub-Saharan Africa near the end of its colonial period. The first Bahá'ís arrive in Niger in 1966 and the growth of the religion reached a point of electing its National Spiritual Assembly in 1975. Following a period of oppression, making the institutions of the Bahá'í Faith illegal in the late 1970s and '80s, the National Assembly was re-elected starting in 1992. The Bahá'í community in Niger has grown mostly in the south-west of the country where they number in the low thousands. 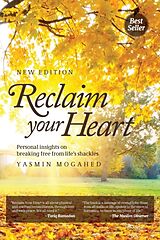