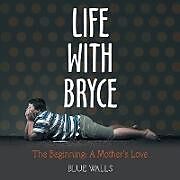 Young Bryce Johnson had no friends, and no real desires, other than hanging out in his room,

watching television, playing with his toys, and eating lots of snacks. To make matters worse,

Bryce was the only child of divorced parents who were too consumed with their own concerns,

and not much thought towards nurturing and encouragement for Bryce. In the meantime, Bryce

gained weight at an alarming rate, seemingly unnoticed by his parents. Once the dust settled,

Bryces mom knew it was up to her to refocus her attention on her son, and rebuild his self-

confidence. Will Bryce be up to the task?

Untertitel
The Beginning: a Mother'S Love