Dr Brian Simmons has previously been involved in the translation project of the Kuna New Testament and has studied linguistics and Bible translation principles through New Tribes Mission. He and his family spent nearly eight years in the tropical rain forest of the Darien Province of Panama as a church planter, translator, and consultant. Afterward, he assisted in planting a thriving church in West Haven, CT Gateway Christian Fellowship. Dr Simmons now travels full time as a conference speaker and Bible teacher. Brian has been married for over forty-two years and boasts regularly of his three children and six grandchildren.

Four hundred years of silence. Where was the promised Messiah? The Jewish people were waiting for the words of the prophets to come true, for they prophesied that he would come. Then the angel Gabriel announced his birth. Wise men sought him. Herod wanted to kill him. John the Baptist presented him to Israel. God anointed him. Satan cruelly tempted him. Then the King came into the Jewish meeting house and announced: 'I'm here! I've come to set you free and to wash away sins, And liberate those who love and follow me.' It is believed that Matthew was the first apostle to write a gospel, possibly as early as AD 50. He was a wealthy tax collector who profited greatly from his duty of representing Rome. And then one day, the Man from Galilee stood in front of him and said, 'Come follow me.' 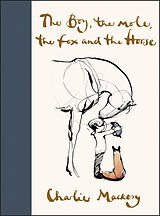