60 Hikes Within 60 Miles: Seattle: Including Bellevue, Everett, and Tacoma

Thanks to a family scattered around the globe, Andrew Weber grew up a world traveler for life, counting the Canadian Rockies, the beaches of New Zealand, and the deserts of southern Africa among his favorite places. He has been exploring the great outdoors of the Pacific Northwest for
more than 20 years, including a successful climb of Mount Rainier in 2005 and a solo circumnavigation of the Wonderland Trail around the mountain in 2002. Working as a freelance journalist and photographer, Andrew has written about a wide range of topics, including cultural events, the arts, and professional sports. He currently resides with his wife, Heather, and two sons, Bennett and Russell, who come along on his adventures whenever they can.

A lifelong Washingtonian, Bryce Stevens grew up in the Yakima area, graduated from the University of Washington, and has lived in Seattle for about three decades. He has thoroughly explored the Cascade Range, the Olympic Mountains, and the lowlands of Puget Sound, all while hiking, backpacking, climbing, mountain biking, backcountry snowboarding, and sea kayaking. He discovered his love of outdoor photography while canyoneering in southeastern Utah in 2001 and has returned to the spectacular region many times since. He owns and operates many outdoor and travel-related websites. Bryce lives in the Maple Leaf neighborhood of Seattle with his wife, Julie, and their two sons, Kyle and Andrew.

This guide to 60 of the best hikes in and around Seattle showcases the best of everything the Pacific Northwest has to offer.

BELLEVUE AND THE EASTSIDE

I-90 AND THE SNOQUALMIE PASS AREA

KITSAP PENINSULA AND THE ISLANDS

Appendix B: Places to Buy Maps

Titel
60 Hikes Within 60 Miles: Seattle: Including Bellevue, Everett, and Tacoma 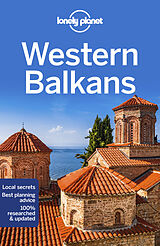 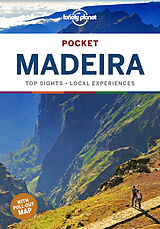