“Where tomorrow’s Aren’t Promised is gold. Most people understand the details of Carmelo's hall of fame career, but what is often missed are the details of his remarkable life. This book is filled with insights and inspirations that will leave you compelled, motivated, and breathless. That’s exactly what it did for me.”—Wes Moore, New York Times bestselling author of The Other Wes Moore

“An excellent book telling a definitive urban icon story—the athlete with hope and hustle finding a way to his dreams.”—Raekwon The Chef

A leader, pioneer, and champion on the basketball court, Carmelo Anthony has led a storied career as both a ten-time NBA All-Star and three-time Olympic gold medalist. Anthony's incredible career on the court has paved the way for his many other brands, business ventures, and philanthropic efforts on a global platform, but lesser known are the seemingly immeasurable odds the All-Star overcame growing up amidst poverty, racism, violence, mental illness, and a broken education system. Anthony's roots propel his passion for giving back to those who need it most, and in 2005 he founded The Carmelo Anthony Foundation as a vehicle for actionable change through a variety of community outreach programs, disaster relief initiatives, and donations. Today, Anthony remains a leading voice at the forefront of the ongoing fight for social justice, championing actionable change that pushes society and the next generation forward.

From iconic NBA All-Star Carmelo Anthony comes a raw and inspirational memoir about growing up in the housing projects of Red Hook and Baltimore—a brutal world Where Tomorrows Aren't Promised.

For a long time, Carmelo Anthony's world wasn't any larger than the view of the hoopers and hustlers he watched from the side window of his family's first-floor project apartment in Red Hook, Brooklyn. He couldn't dream any bigger than emulating his older brothers and cousin, much less going on to become a basketball champion on the world stage.

He faced palpable dangers growing up in the housing projects in Red Hook and West Baltimore's Murphy Homes (a.k.a. Murder Homes, subject of HBO's The Wire). He navigated an education system that ignored, exploited, or ostracized him. He suffered the untimely deaths of his closely held loved ones. He struggled to survive physically and emotionally. But with the strength of family and the guidance of key mentors on the streets and on the court, he pushed past lethal odds to endure and thrive.

By the time Carmelo found himself at the NBA Draft at Madison Square Garden in 2003 preparing to embark on his legendary career, he wondered: How did a kid who'd had so many hopes, dreams, and expectations beaten out of him by a world of violence, poverty, and racism make it here at all?

Carmelo's story is one of perseverance and determination; of dribbling past players bigger and tougher than him, while also weaving around vial caps and needles strewn across the court; where dealers and junkies lined one side of the asphalt and kids playing jacks and Double Dutch lined the other; where rims had no nets, and you better not call a foul—a place Where Tomorrows Aren't Promised.

Untertitel
A Memoir of Survival and Hope 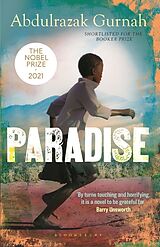 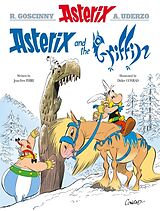