Since the times of ancient European civilizations, overseas exploration and trade have been an important part of European life and culture. This book tells of the greatest voyages and discoveries - from the Viking Age to the 20th century - in a traditional story-based format. Kids love stories. They may forget the dates and the names of wars and treaties, but they remember the turns and twists of events, the adventures and misadventures of colorful historical figures. The goal of this book is to restore the excitement about history that many kids lose as they drown in the economic and social analysis and criticism that have nearly ousted history from many social studies programs.


The historical figures featured in this book are famous for the actual discoveries they made. I did not include the stories of conquerors and adventurers like the Spanish and Portuguese conquistadors famous for conquest rather than exploration.


To create a narrative that reads like a sequence of stories, I studied 19th- and early 20th-century story-based history books for kids, and went back to the actual letters, journals, and books written by the famous explorers. Among them are letters of Columbus and Amerigo Vespucci, journals of Captain Cook and Antonio Pigafetta who traveled with Magellan, and books by Marco Polo and Dr. Livingstone. These documents allow my characters to participate in telling their stories using their own words and their own point of view. 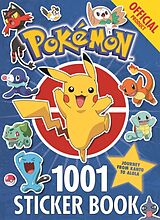