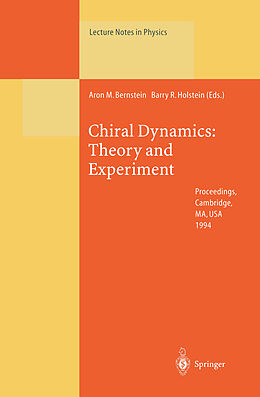 Chiral dynamics provides a rigorous and model-independent methodology for making QCD predictions at the confinement scale. This helps particularly in the testing of the standard model. The workshop reported here was focused on theoretical predictions and the measurements of physical processes, analyzing carefully the phenomenology needed to bridge the gap between the two. Besides the lectures, this volume also contains summaries of the working groups on Â-Â-scattering, ÂN-interaction, photo/electro-pion-production, and on chiral anomaly. This book is a thorough review of the state of the art and it addresses researchers as well as graduate students.