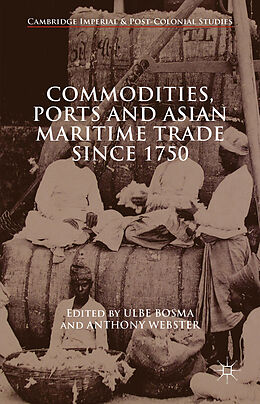 This book examines the role of mercantile networks in linking Asian economies to the global economy. It contains fourteen contributions on East, Southeast and South Asia covering the period from 1750 to the present.

The essays constituting this volume offer fresh perspectives on Asian maritime trade, which may urge both current and historical debates forward. One of the most valuable contributions of the volume towards global and Asian economic history is its chronology . opens the field for a wider study of multiple historical interactions that have helped form the Asian maritime economy up to the present day. (Wim De Winter, Pacific Affairs, Vol. 90 (1), December, 2017)

Anthony Webster is Professor in History at Northumbria University, UK. His main fields of interest are British business history in Asia in the 19th century, and the history of the British and global co-operative movements. His most recent publications are The Twilight of the East India Company (2009) and Building Co-operation (2013) with John Wilson and Rachael Vorberg-Rugh.