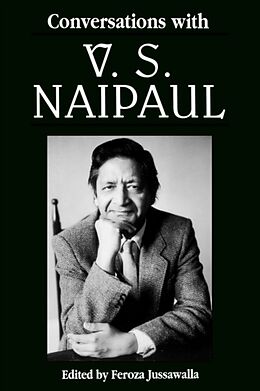 Intense, controversial, unfailingly clever, V. S. Naipaul has won nearly every major British writing award, including the prestigious Booker Award (in 1971 for In a Free State) and in 1990 was knighted for his literary accomplishments. Born of Indian parents in Trinidad in 1932, he has little sympathy for the land of his birth or forefathers. All that he puts under his microscope-nations, peoples, religions, or ethnic groups-are targets of his clear-sightedness, and he shows no patience with pretense or delusions.
This collection brings together interviews from a thirty-six-year span and reveals a witty, sometimes scathing talker with a free-ranging curiosity, but one who dreads intimacy and cherishes a solitary detachment. This collection shows the changing faces of this world-class author. In early interviews, mostly given to such fellow writers and colleagues as Derek Walcott and the poet Eric Roach, Naipaul is clipped, brusque, and clearly impatient with interviewers. More