Brooklyn Gladiator is set in the year 2033, in a despoiled America where New Yorkers survive on scraps. John Miller is an action hero for the ages, a rough and ready badass who could drink Han Solo, Jack Burton, and John McClane under the table. Brooklyn Gladiator is a tribute to the comics, films, and experiences that have inspired author Dan Fogler. With artwork from Glen Fabry, Tom Hodges, and Darrick Robertson, a panoramic creative vision, and a bloodthirsty, snarling sense of humor, this a comic sure to leave mind-blown readers in its wake!

About the Author:
Brooklyn Gladiator was created by actor/writer/director Dan Fogler. Making an exceptional transition from theater to film and television, Tony award-winning actor Dan Fogler has most recently been seen starring opposite Josh Duhamel in SCENIC ROUTE, and in DON PEYOTE, a film which Dan also directed, wrote, produced, and starred in opposite Topher Grace and Anne Hathaway. He was also the lead in TAKE ME HOME TONIGHT, BALLS OF FURY and FANBOYS. Aside from his work in features, Dan can currently be seen as one of the leads on ABC's new drama series, SECRETS & LIES, opposite Ryan Phillippe and Juliette Lewis. He's also a recurring character on ABC's THE GOLDBERGS as the hilarious Uncle Marvin. Previously, he starred on NBC's critically acclaimed series, HANNIBAL, and on the ABC sitcom MAN UP! 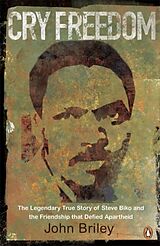