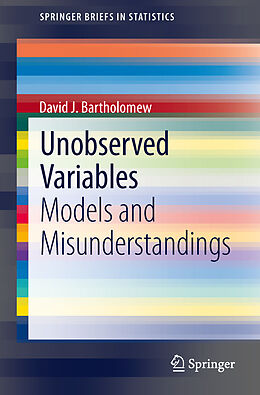 The classical statistical problem typically involves a probability distribution which depends on a number of unknown parameters. The form of the distribution may be known, partially or completely, and inferences have to be made on the basis of a sample of observations drawn from the distribution; often, but not necessarily, a random sample. This brief deals with problems where some of the sample members are either unobserved or hypothetical, the latter category being introduced as a means of better explaining the data. Sometimes we are interested in these kinds of variable themselves and sometimes in the parameters of the distribution. Many problems that can be cast into this form are treated. These include: missing data, mixtures, latent variables, time series and social measurement problems. Although all can be accommodated within a Bayesian framework, most are best treated from first principles.