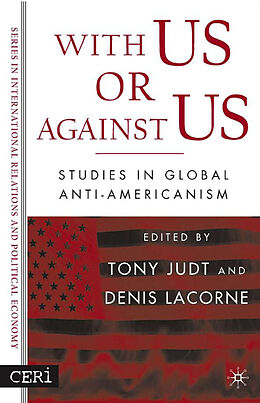 With Us or Against Us

A collection of essays, presenting an understanding of Western and non-Western perceptions of the United States since the Second World War. This book does not seek to attack or defend the United States but rather looks to bring sustained attention to the sources of anti-Americanism, its present variety, and its likely trajectory.

"Few would deny that anti-Americanism is on the rise around the world, but just what it is and why does it matter? This perceptive volume pulls together essays by some of the world's top scholars to dissect a growing, dangerous, and often misunderstood phenomenon. Anyone who cares about the American image in the world today would benefit from reading it."

- Philip H. Gordon, author of Allies at War: America, Europe and the Crisis over Iraq

"With Us or Against Us is an illuminating perspective on the many different strands of contemporary anti-Americanism. Covering reactions from all the major regions of the world - Western and Eastern Europe, the Middle East, and Asia - we learn that anti-Americanism reflects the identities and interests of the anti-Americanists as much as the actions of Americans and their leaders. An important book on a critical subject."

"Anti-Americanism is both visceral and complex, singular in its target yet diverse in its implications. This collection of essays by a distinguished group of international scholars brings both immediacy and deep reflection to this most important phenomenon."

"This volume contains one of the first evaluations of global attitudes toward the US and how they have changed over the years. It contains many interesting and important insights into the nuanced and differential nature of Anti-Americanism worldwide. The chapters pursue an innovative distinction among three characteristics of anti-Americanism: fear of its power, resentment of its economic model and contempt for its brand of mass culture. The book offers a fresh perspective on this key contemporary issue and its global viewpoint is especially useful."

TONY JUDT is Professor of European Studies at NYU and Director of the Remarque Institute, USA.

This collection of essays presents a nearly comprehensive understanding of Western and non-Western perceptions of the United States since the Second World War. The book does not seek to attack or defend the United States but rather looks to bring sustained attention to the sources of anti-Americanism, its present variety, and its likely trajectory.

Titel
With Us or Against Us 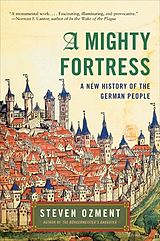