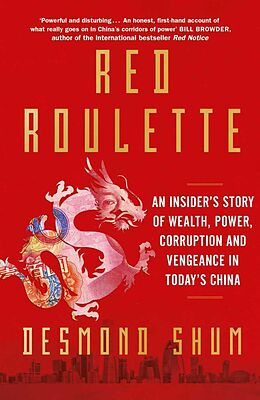 'THE BOOK CHINA DOESN'T WANT YOU TO READ' CNN
In the headline-making and bestselling tradition of Bill Browder's Red Notice comes a unique and incendiary memoir from an entrepreneur who rose to the zenith of power and money in 21st century China and whose wife was disappeared - and then mysteriously reappeared four years later on the eve of Red Roulette's publication and global media coverage about it.

As Desmond Shum was growing up impoverished in China, he vowed his life would be different. Through hard work and sheer tenacity, he earned an American college degree and returned to his native country to establish himself in business. There, he met his future wife, the highly intelligent and equally ambitious Whitney Duan who was determined to make her mark within China's male-dominated society. Whitney and Desmond formed an effective team and, aided by relationships they formed with top members of China's Communist Party, the so-called Red Aristocracy, he vaulted into China's billionaire class.

Soon they were developing the massive air cargo facility at Beijing International Airport, and they followed that feat with the creation of one of Beijing's premier hotels. They were dazzlingly successful, travelling in private jets, funding multi-million-dollar buildings and endowments, and purchasing expensive homes, vehicles and art. But in 2017, their fates diverged irrevocably when Desmond, while living overseas with his son, learned that his now ex-wife Whitney had vanished along with three co-workers.

In Red Roulette Desmond Shum pulls back the curtain on China's ruling elite and reveals the real truth of what is happening inside China's wealth-making machine. This is both Desmond's story and Whitney's, because she has not been able to tell it herself.


'Red Roulette is quickly shaping up to be the new must-read among observers of Chinese elite politics... A vivid portrait of the splashy lifestyles of China’s business and political elites... Shum deploys his piquant sense of detail and offers a rare glimpse into the webs and knots of China’s political and business royalty.'

Autorentext
Desmond Shum, who was born in Shanghai and raised in Hong Kong, was part of a private equity team that invested in the first NASDAQ-listed Chinese technology firm, and he later undertook investments in technology, finance and real estate in the Greater China region. He developed the largest air cargo logistics facility in China, the Beijing Airport Cargo Terminal. He also led the development of the Bulgari Hotel in Beijing. In addition, starting in the early 2000s, he was an early pioneer of philanthropy in China, gifting extensively both domestically and internationally. He is an Honorary Trustee of Tsinghua University and he's a Henry Crown Fellow of The Aspen Institute.

Zusammenfassung
An insider's story of wealth, power, corruption and vengeance in today's China

Untertitel
An Insider's Story of Wealth, Power, Corruption and Vengeance in Today's China 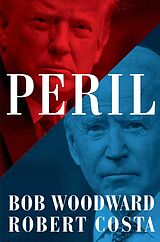 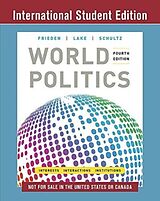 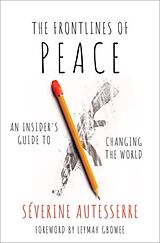