This book is one of honor and patriotism and is a true story. This book tells of one man's many struggles manning three of the United States nuclear missiles. The time period of this epic story takes place during the late 1970s and during the Cold War. The struggle was caused by the many social pressures of the day. The pressures also came from the lack of qualified personnel crewing those missiles. The Cold War was won by the United States due in part to the mighty Pershing missile, without firing a shot!

Untertitel
Missiles of the Fall! 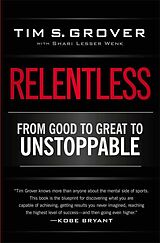