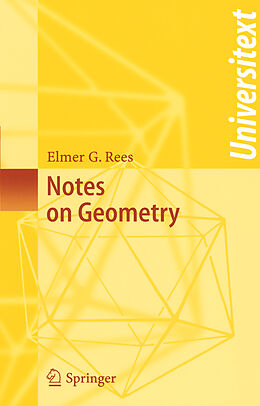 In recent years, geometry has played a lesser role in undergraduate courses than it has ever done. Nevertheless, it still plays a leading role in mathematics at a higher level. Its central role in the history of mathematics has never been disputed. It is important, therefore, to introduce some geometry into university syllabuses. There are several ways of doing this, it can be incorporated into existing courses that are primarily devoted to other topics, it can be taught at a first year level or it can be taught in higher level courses devoted to differential geometry or to more classical topics. These notes are intended to fill a rather obvious gap in the literature. It treats the classical topics of Euclidean, projective and hyperbolic geometry but uses the material commonly taught to undergraduates: linear algebra, group theory, metric spaces and complex analysis. The notes are based on a course whose aim was two fold, firstly, to introduce the students to some geometry and secondly to deepen their understanding of topics that they have already met. What is required from the earlier material is a familiarity with the main ideas, specific topics that are used are usually redone.

This book offers a concrete and accessible treatment of Euclidean, projective and hyperbolic geometry, with more stress on topological aspects than is found in most textbooks. The author's purpose is to introduce students to geometry on the basis of elementary concepts in linear algebra, group theory, and metric spaces, and to deepen their understanding of these topics in the process. A large number of exercises and problems is included, some of which introduce new topics.