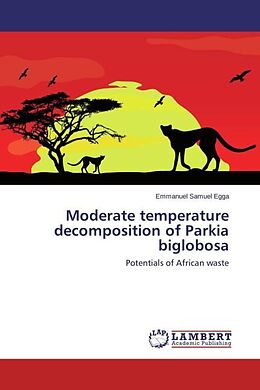 Moderate temperature decomposition of lignocellulose from Parkia biglobosa fruit husk has been conducted to determine the effects of temperature and biomass - catalyst ratio. The rate of the gas product formation followed first order kinetics. The functional groups and chemicals compositions present in the bioliquid obtained at the various temperatures were identified by GC/MS. Analysis of the residue (biochar) showed the presence of micro and macronutrients needed by plants. The biogas was composed of carbon monoxide, methane, oxygen, nitrogen and carbon dioxide.

E.S.Egga ,M.Sc,B.Tech,DCA,MCSN,MPIN,FRHD was born 38 years ago. He started his elementary educational in 1982-1988 and completed at Govt. Sci. Sch. Kuru in 1994.He obtained his B.Tech(Hons)in Ind. Chem. in 2002 from Abubakar Tafawa Balewa Univ. Bauchi and M.Sc in Applied Physical Chem. from the Univ. of Jos in 2012.Presently,he is a Ph.D student.