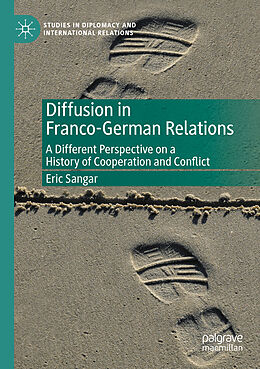 This book analyses and compares instances of the diffusion of political norms and ideas in the history of Franco-German relations. While this relationship is often described as a history evolving from enmity over reconciliation to friendship, the book uses the concept of diffusion as a complementary analytical perspective to emphasize how political norms and ideas originating in one society have influenced the other, especially in periods of intergovernmental conflict. Established in International Relations to explain transnational normative change in contemporary contexts, the framework of diffusion is heuristically useful to explore how various types of actors have contributed, using analytically different mechanisms, to normative change across the Rhine. The book presents eight case studies featuring various contents and mechanisms of ideational diffusion taken from three contexts of Franco-German history, including the French Revolution, the Franco-Prussian War, and Franco-German rapprochement after 1945. Arguing that phenomena that are often seen as genuinely 'national' evolutions, such as German nationalism or the French system of primary education, cannot be understood without taking into account the reception and emulation of norms from across the Rhine, the book should help students and scholars to overcome the limits of methodological nationalism when studying bilateral relationships, in the Franco-German context and elsewhere.

Argues that the history of France and Germany cannot be understood without understanding how norms and ideas have travelled across the Rhine, especially in times of 'enmity'

Eric Sangar is Lecturer in Political Science at Sciences Po Lille, France, a member of the research centre CERAPS, University of Lille, and an associated member of the Centre Emile Durkheim at Sciences Po Bordeaux. He authored the monograph Historical Experience: Burden or Bonus in Today's Wars? and co-edited the volume Researching Emotions in International Relations.

Inhalt
1 Introduction2 The mainstream narrative of Franco-German relations and the value of 'diffusion' as a complementary analytical framework3 Exporting revolutionary institutions across the Rhine4 Importing 'alien' or 'enlightened' law? Understanding the partial diffusion of the Code Napoléon in the Confederation of the Rhine5 Importing nationalist warfare: Prussia's emulation of the Napoleonic way of war6 Understanding the incomplete emulation of Prussian warfare by the French Army after the Franco-Prussian War7 Learning from the Prussian Schulmeister? German influences on French primary education before and after 18708 The 'Germanisation' of local identities in Alsace-Lorraine9 Enabling reconciliation through the recognition of mutual entanglement: The emergence of a Franco-German transnational memory of the First World War10 Understanding the diffusion of West German ordoliberal ideas within the context of the introduction of the European Monetary System11 Conclusion: the added value of studying diffusion in the context of Franco-German relations

Untertitel
A Different Perspective on a History of Cooperation and Conflict