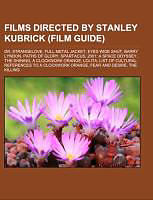 Source: Wikipedia. Commentary (films not included). Pages: 79. Chapters: Dr. Strangelove, Full Metal Jacket, Eyes Wide Shut, Barry Lyndon, Paths of Glory, Spartacus, 2001: A Space Odyssey, The Shining, A Clockwork Orange, Lolita, List of cultural references to A Clockwork Orange, Fear and Desire, The Killing, Day of the Fight, Killer's Kiss, Flying Padre, The Seafarers. Excerpt: 2001: A Space Odyssey is a 1968 American epic science fiction film produced and directed by Stanley Kubrick, and co-written by Kubrick and Arthur C. Clarke. The film deals with thematic elements of human evolution, technology, artificial intelligence, and extraterrestrial life. It is notable for its scientific accuracy, pioneering special effects, ambiguous imagery that is open-ended to a point approaching surrealism, sound in place of traditional narrative techniques, and minimal use of dialogue. The film has a memorable soundtrack-the result of the association that Kubrick made between the spinning motion of the satellites and the dancers of waltzes, which led him to use The Blue Danube waltz by Johann Strauss II, and the famous symphonic poem Also sprach Zarathustra by Richard Strauss, to portray the philosophical evolution of Man theorized in Nietzsche's work of the same name. Despite initially receiving mixed reviews, 2001: A Space Odyssey is today recognized by many critics and audiences as one of the greatest and most influential films ever made; the 2002 Sight & Sound poll of critics ranked it among the top ten films of all time. In addition, in 2010 it was named the #1 greatest film ever made by The Moving Arts Film Journal. It was nominated for four Academy Awards, and received one for visual effects. In 1991, it was deemed "culturally, historically, or aesthetically significant" by the United States Library of Congress and selected for preservation in the National Film Registry. At first, Kubrick and Clarke privately referred to their project as How the Solar System Was Won as an homage to MGM's 1962 Cinerama epic, How the West Was Won. However, Kubrick chose to announce the project, in a press release issued on February 23, 1965, as Journey Beyond The Stars. "Other titles which we ran up and failed to salute were Universe, Tunnel to the Stars, and Planetfall", Clarke wrote in his book The Lost Worlds Of 2001. "It was not until eleven months after we star 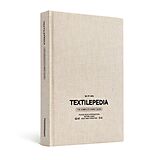