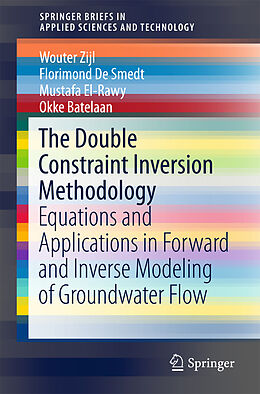 This book describes a novel physics-based approach to inverse modeling that makes use of the properties of the equations governing the physics of the processes under consideration. It focuses on the inverse problems occurring in hydrogeology, but the approach is also applicable to similar inverse problems in various other fields, such as petroleum-reservoir engineering, geophysical and medical imaging, weather forecasting, and flood prediction. This approach takes into consideration the physics for instance, the boundary conditions required to obtain a well-posed mathematical problem to help avoid errors in model building and therefore enhance the reliability of the results. In addition, this method requires less computation time and less computer memory.

The theory is presented in a comprehensive, not overly mathematical, way, with three practice-oriented hydrogeological case studies and a comparison with the conventional approach illustrating the power of the method.

Forward and Inverse Modeling of Groundwater Flow is of use to researchers and graduate students in the fields of hydrology, as well as to professional hydrologists within industry. It also appeals to geophysicists and those working in or studying petroleum reservoir modeling and basin modeling.

Explains how to apply the inversion methodology using comprehensible mathematics

Clarifies the differences between inversion methods

Wouter Zijl received his Ph.D. in 1978 from Eindhoven University of Technology (TU/e) in Technical Physics, with emphasis on free surface flow applied to two-phase flow. In 1973 he received his M.Sc. degree in Technical Physics, also from TU/e, on ionization phenomena in shock waves. In 1966 he received his B.Sc. degree in Electrical Engineering from the Higher Institute of Technology Amsterdam (HTS-A). He has been working as head of the Thermal Hydraulics department at Neratoom B.V. in The Hague, and as senior Geophysicist, Petroleum Reservoir Engineer and Hydrogeologist at the Netherlands Organization for Applied Scientific Research. Presently he is visiting professor at Vrije Universiteit Brussel (VUB). His expertise includes fluid dynamics in clear and porous media, geophysical modeling (imaging, calibration, data assimilation, scale analysis), geomechanics and applied mathematical physics in general. He is a member of the International Association of Hydrogeologists (IAH) and of the European Association of Geoscientists and Engineers (EAGE).

Florimond De Smedt received his Ph.D. from Vrije Universiteit Brussel (VUB) in Civil Engineering (Hydrology) in 1979, M.Sc. degree in Agronomy (Soil Physics) from New Mexico State University in 1979, and M.Sc. in Civil Engineering from VUB in 1973. He is Em. Professor and former Head of the Department of Hydrology and Hydraulic Engineering, VUB. His main fields of research are hydrogeology, groundwater modelling, hydrology, and physical land resources. He supervised 29 Ph.D. theses and about 100 M.Sc. theses and is author or co-author of 120 journal papers with impact factor, 10 books or chapters in books and 200 other scientific contributions.

Professor Okke Batelaan is a graduate of the Free University of Amsterdam, Netherlands (MSc - Hydrogeology) and of the Free University Brussels, Belgium (PhD - Engineering). He worked for 23 years at the Free University Brussels and led for 6 years the hydrogeology group at the KU Leuven, Belgium. Since 2012 Okke is Strategic Professor in Hydro(geo)logy, Dean of the School of the Environment (2015-2017), Flinders University. Okke has broad experience in teaching groundwater hydrology and modelling, GIS-remote sensing for hydrological applications. He supervised more than 140 MSc and 25 PhD students. His extensive research experience and a publication record covers shallow groundwater hydrology and modeling, recharge-discharge estimation and modeling, urban hydrology and distributed modelling, ecohydrology and impacts of landuse and climate change on groundwater systems. He coordinated-participated in a large number of projects in Europe, Africa, South America, Asia and Australia. He is editor-in-chief of Journal of Hydrology: Regional Studies. 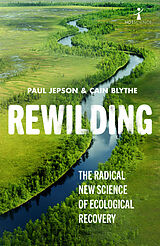 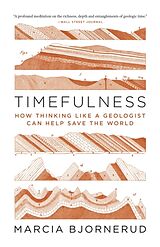