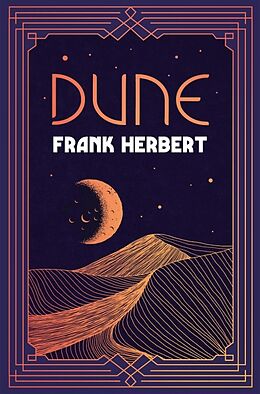 The most famous, widely acclaimed and popular of all sf novels
NAMED ONE OF THE BBC's 100 NOVELS THAT SHAPED OUR WORLD

The Duke of Atreides has been manoeuvred by his arch-enemy, Baron Harkonnen, into administering the desert planet of Dune. Although it is almost completely without water, Dune is a planet of fabulous wealth, for it is the only source of a drug prized throughout the Galactic Empire. The Duke and his son, Paul, are expecting treachery, and it duly comes - but from a shockingly unexpected place.

Then Paul succeeds his father, and he becomes a catalyst for the native people of Dune, whose knowledge of the ecology of the planet gives them vast power. They have been waiting for a leader like Paul Atreides, a leader who can harness that force ...

DUNE: one of the most brilliant science fiction novels ever written, as engrossing and heart-rending today as it was when it was first published half a century ago.

The most significant science fiction novel of the twentieth century

The most famous, widely acclaimed and popular of all sf novels
NAMED ONE OF THE BBC's 100 NOVELS THAT SHAPED OUR WORLD

Frank Herbert (1920-86) is best known for his immensely popular and successful science-fiction novels, but his books include non-fiction works on ecology and home computers as well as contemporary fiction. His classic novel Dune and its sequels have all been worldwide bestsellers, and Dune itself was made into a major film and TV mini-series, with a new blockbuster adaptation due for release in 2021.

The most famous, widely acclaimed and popular of all sf novelsNAMED ONE OF THE BBC's 100 NOVELS THAT SHAPED OUR WORLD 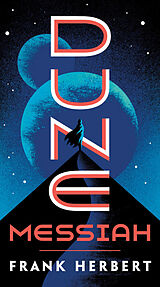 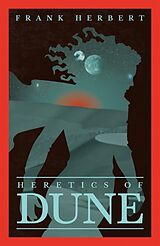