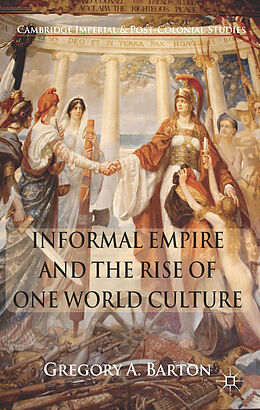 Informal Empire and the Rise of One World Culture

Informal empire is a key mechanism of control that explains much of the configuration of the modern world. This book traces the broad outline of westernization through elite formations around the world in the modern era. It explains why the world is western and how formal empire describes only the tip of the iceberg of British and American power.

Autorentext
Gregory A. Barton is a Senior Fellow in the School of History at the Australian National University. He is an historian of British, world and environmental history and Editor-in-Chief of the journal, Britain and the World.

Titel
Informal Empire and the Rise of One World Culture