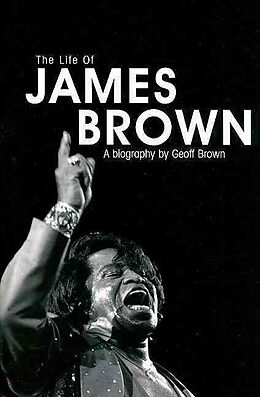 A biography of James Brown, that shows how, by striving for himself, he came to represent in music and personal power, the post-war emancipation of black America. It is illustrated with photographs and includes a discography.

Geoff Brown is a Mojo staffer and former editor of Black Music magazine who has written extensively on soul and R&B in the UK media during a 30 year career in music journalism. He is the author of books on Michael Jackson, Prince and Diana Ross.

This is the definitive biography of this extraordinary and controversial superstar, written by Geoff Brown, a former editor of Black Music magazine. For three decades James Brown dominated the changing face of post-war popular black music. Others were as inspirational in the short term, and several of his successors have been bigger pop stars, but none matched Brown's independent authority, sustained influence or commercial longevity. But while another generation danced to the pulse of James Brown, at the end of the eighties the man himself was back in a southern US jail, a country mile or so from where he was incarcerated in his teens. between the two internments is the compelling story if a man who, by reaching from his roots and striving determinedly for himself, came to represent in music and personal power the post-war emancipation of black America. Illustrated with many rare photographs and includes a comprehensive discography.