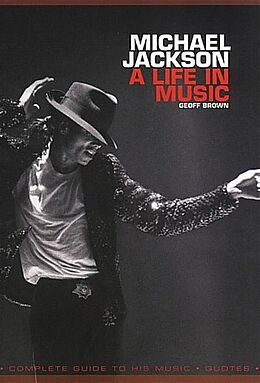 A consumers' guide to the music of Michael Jackson and the members of the Jackson family. It includes Michael Jackson's solo album "Invincible". It also features an album by album, track by track, examination of every song released by The Jackson 5.

Geoff Brown is Production Editor of Mojo Magazine and has written extensively on soul and R&B in the UK media during a 25 year career in music journalism. He has also written books on Diana Ross and James Brown.

Not just a complete fan's guide to the music of Michael Jackson, this book is the definitive overview of the unforgettable King of Pop's unique career.

Untertitel
A Life in Music