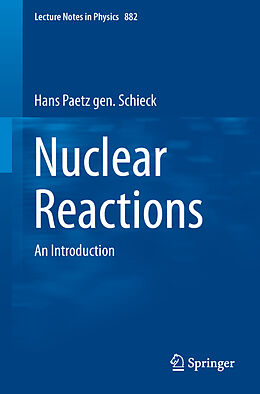 Emphasizing the interplay between theory and experiment, this self-contained introduction to nuclear reactions features a course-tested tutorial style that includes many derivations and is designed to enhance readers' understanding of the content.

Nuclei and nuclear reactions offer a unique setting for investigating three (and in some cases even all four) of the fundamental forces in nature. Nuclei have been shown mainly by performing scattering experiments with electrons, muons and neutrinos to be extended objects with complex internal structures: constituent quarks; gluons, whose exchange binds the quarks together; sea-quarks, the ubiquitous virtual quark-antiquark pairs and last but not least, clouds of virtual mesons, surrounding an inner nuclear region, their exchange being the source of the nucleon-nucleon interaction.

The interplay between the (mostly attractive) hadronic nucleon-nucleon interaction and the repulsive Coulomb force is responsible for the existence of nuclei; their degree of stability, expressed in the details and limits of the chart of nuclides; their rich structure and the variety of their interactions. Despite the impressive successes of the classical nuclear models and of ab-initio approaches, there is clearly no end in sight for either theoretical or experimental developments as shown e.g. by the recent need to introduce more sophisticated three-body interactions to account for an improved picture of nuclear structure and reactions. Yet, it turns out that the internal structure of the nucleons has comparatively little influence on the behavior of the nucleons in nuclei and nuclear physics especially nuclear structure and reactions is thus a field of science in its own right, without much recourse to subnuclear degrees of freedom.

This book collects essential material that was presented in the form of lectures notes in nuclear physics courses for graduate students at the University of Cologne. It follows the course's approach, conveying the subject matter by combining experimental facts and experimental methods and tools with basic theoretical knowledge. Emphasis is placed on the importance of spin and orbital angular momentum (leading e.g. to applications in energy research, such as fusion with polarized nuclei) and on the operational definition of observables in nuclear physics. The end-of-chapter problems serve above all to elucidate and detail physical ideas that could not be presented in full detail in the main text.

Readers are assumed to have a working knowledge of quantum mechanics and a basic grasp of both non-relativistic and relativistic kinematics; the latter in particular is a prerequisite for interpreting nuclear reactions and the connections to particle and high-energy physics.

Emphasizes the interplay between theory and experiment

Autorentext
He has published a previous LNP. 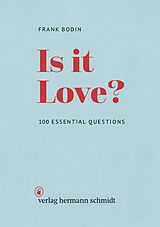