Take a look at a detailed Ohio map and in western Gallia County, you'll find a little dot labeled "Saundersville." There it lies on the border between Gallia and Lawrence Counties, just west of Mercerville. But take a drive to Saundersville, and you will see nothing - nothing but rolling hills covered by waist high grass and a lonely tree or shrub here or there. This flourishing little village populated with families of Sanders and Saunders was wiped clean from the landscape but not from the map. The destruction was so complete that, today, it looks like a village was never there. The landscape is now so bizarre that it resembles nothing in the surrounding area of southern Ohio. Native grassland prairies exist in the lands of Iowa and Nebraska, but not in Ohio. So what happened to that little village in southern Ohio called Saundersville?

Saundersville was a tiny village founded by three brothers, William Jesse, and Jacob Sanders, in or about 1835. The brothers moved their families from Virginia, taking a grueling journey across the Alleghany Mountains using horse drawn wagons. Many descendants of the Sanders brothers lived and farmed there in Saundersville until the 1970s, when the land was bought out and stripped of all of its familiar existence. This is the story of what happened in between those two events - the creation and destruction of Saundersville, and who lived there and what they did there.

This book is based on documented historical facts about the history of Saundersville and the people who lived there. The sources of information presented here is wide and varied. Some of it is by word of mouth, from parents, grandparents, cousins, and friends. Some came from courthouse land records, from the various censuses, from pictures, from historical maps, from books and web sites, and from personal journals and from written notes handed down from my grandfathers. Where gaps in the records exist, I drew from other authors who wrote historical, factual accounts about people or relatives in similar situations in the near vicinity. In this way, this story of Saundersville can be told in a complete and historically accurate manner.

Titel
The Sanders of Saundersville 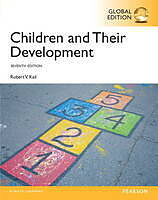