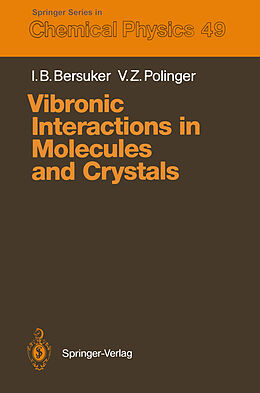 Vibronic Interactions in Molecules and Crystals

Vibronic interaction effects constitute a new field of investigation in the physics and chemistry of molecules and crystals that combines all the phenomena and laws originating from the mixing of different electronic states by nuclear displacements. This field is based on a new concept which goes beyond the separate descriptions of electronic and nuclear motions in the adiabatic approximation. Publications on this topic often appear under the title of the lahn-Thller effect, although the area of application of the new approach is much wider: the term vibronic interaction seems to be more appropriate to the field as a whole. The present understanding of the subject was reached only recently, during the last quarter of a century. As a result of intensive development of the theory and experiment, it was shown that the nonadiabatic mixing of close-in-energy elec tronic states under nuclear displacements and the back influence of the modified electronic structure on the nuclear dynamics result in a series of new effects in the properties of molecules and crystals. The applications of the theory of vibronic in of spectroscopy [including visible, ultraviolet, in teractions cover the full range frared, Raman, EPR, NMR, nuclear quadrupole resonance (NQR), nuclear gam ma resonance (NOR), photoelectron and x-ray spectroscopy], polarizability and magnetic susceptibility, scattering phenomena, ideal and impurity crystal physics and chemistry (including structural as well as ferroelectric phase transitions), stereochemistry and instability of molecular (including biological) systems, mechanisms of chemical reactions and catalysis.

The theory of vibronic interactions is a new field of investigation in the physics and chemistry of molecules and crystals that goes beyond the separate descriptions of the motion of electrons and nuclei in the adiabatic approximation. A systematic treatment of the most important manifestations of nonadiabaticity (the Jahn-Teller, pseudo-Jahn-Teller and Renner effects) is given, including derivation of the vibronic Hamiltonian, proof of the Jahn-Teller theorem, determination of the adiabatic potentials of electronically degenerate and pseudodegenerate polyatomic systems, calculations of vibronic energy spectra and solutions of the multimode and multicenter problems. The second part of the book contains applications of the theory to optical and infrared spectroscopy, EPR and cooperative phenomena in crystals. 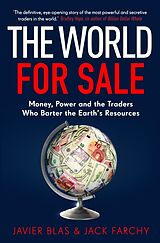