Jack A. DeBellis professor emeritus at Lehigh University, has authored six books on John Updike, including The John Updike Encyclopedia.

John Updike's Early Years first examines his family, then places him in the context of the Depression and World War II. Relying upon interviews with former classmates, the next chapters examine Updike's early life and leisure activities, his athletic ability, social leadership, intellectual prowess, comical pranks, and his experience with girls. Two chapters explore Updike's cartooning and drawing, and the last chapter explains how he modeled his characters on his schoolmates. Lists of Updike's works treating Pennsylvania, and a compilation of contributions to his school paper are included, along with profiles of all students, faculty and administrators during his years at Shillington High School. 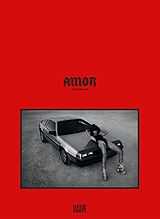