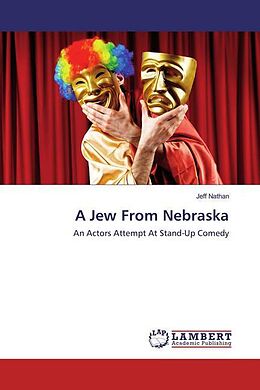 A Jew From Nebraska

Stand-up comedy has been a major influence on American culture and has given the "Everyman" the ability to laugh at ourselves. Stand-up comedians have been performing in nightclubs, bars, clubs, and, most importantly, theatres for the past 60 years. Stand-up comedy can take many forms: a monologue of entertaining incidents that form a story, or a string of one- liners, or a succession of jokes. This performance project is an examination and an attempt at the art form that we call stand-up comedy. It will answer the question of what is the best approach to writing comedy for an actor finishing his graduate acting program. It will also challenge the idea of simple joke-telling versus storytelling and examine the following question: Can anyone be a standup comedian? A research of the history, an analysis of the practitioners, and training from graduate studio work will support the discovery of a practical approach to writing and performing a stand-up comedy routine.

Titel
A Jew From Nebraska