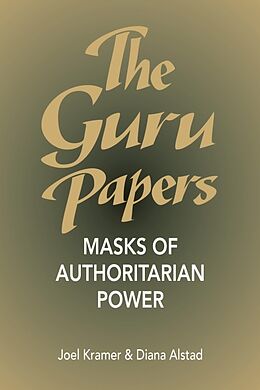 “Easily the most comprehensive, erudite, and timely book … to explore authoritarianism in religion, institutions, power, the family, intimacy and sexual relations, and personal problems such as addiction.… Argue[s] persuasively that any system of values that places tradition and the past above the imperative to question the present is destined to become increasingly lethal.” —San Francisco Chronicle Book Review

“A thorough, wide-ranging analysis of the way power has historically been maintained.… A diagnosis of what’s wrong with the world and how to fix it … Its thesis is elegant and nearly unlimited in its ramifications.… [Shows that] authoritarianism is … part of the way we think.” —The New Mexican (Santa Fe)

“Don’t be deceived by the title. The Guru Papers is about much more than cult groups. A profoundly important critique of the covert authoritarianism of most religions … and of such cultural values as unconditional love, addiction, and 12-step programs … Thought-provoking and radically important …Extraordinarily rich and complex … An important contribution to changing [old paradigms].” —Liberty

“Spells out … the dangers of becoming addicted to another’s authority in any sphere of life.” —Times Literary Supplement (London)

“A breathtakingly profound analysis.… One of the most deeply insightful works of our time … Nearly every page crackles with statements that … provoked one ‘Aha!’ after another as I saw elements of culture, history, and my own experience from a new perspective that made immediate sense … A magnificent contribution … The most reasonable and coherent picture of the evolution of religious ideas to date, and brilliant sections on love and control, and … addiction … A vision of spirituality beyond authoritarianism … [and] tremendous contribution to our collective understanding.” —Richard Heinberg, author of Blackout

“Provocative and thorough.… Unmask[s] the countless manifestations of authoritarianism in our contemporary culture. Cover[s] vast territory … rais[es] all the vitally important questions …It should definitely be placed in the hands of anyone who has been, or is, or contemplates becoming involved with a guru.” —Georg Feuerstein, Yoga Journal

“Expands the concept of authoritarianism and gives a new slant on the human condition … Shows that to overcome our staggering problems, we must learn to think non-authoritarian … The convincing arguments will make readers re-sort their thinking.” —John Irwin, sociologist, author of The Felon

“Answers a host of questions about the source of recurring problems.… Unmasks the insidiously pervasive nature of authoritarian values that permeate society … Without awareness of how authoritarianism operates below the level of awareness, we too are likely to become its victims …Perceptive guidelines for detecting hidden authoritarianism and intervention strategies for self-empowerment …Deals with the most fundamental aspects of the Yin and Yang of human nature and the meaning of social community.” —Philip Zimbardo, author of Psychology and Life

“The questions raised by it are so profound … that they can never be put out of one’s mind.” —The Humanist

“Don’t let the title fool you … A more apt title would be “Masks of Power” as the book has great relevance for a secular audience as well … [Can] shift readers’ minds in a deep way. [They’re] onto something big … Elegantly articulates many of [our] … unformed thoughts” —Synapse

“Laser clarity.… Fascinating insights into the leader/follower relationship … [and] the usually veiled authoritarianism embedded in world views and values …One of the most compelling, ‘can’t put it down’ books I’ve read in a long time, [it] offers challenging concepts for egalitarian communities” —Communities Magazine

“With x-ray analysis and laser precision it discloses authoritarian structures. It expands consciousness of the consciousness journey itself, exposing its ever present darker side … Even offer[s] a flashlight guide through this darkness. Uncompromising in its thesis, sparing no current idol, it is a poignant attack on the illusions of our times.” —Mike Arons, professor emeritus of psychology, West Georgia College

“Undertake[s] the monumental task of reforming the very basis of civilization.… Step[s] on … nearly every sacred cow …Offers both affirmation and optimism.” —Creative Loafing  (Atlanta)

“For those … who prefer to have their world grounded in comfortable, familiar dogmas, this book will make their hair stand on end … Dissect[s], with the best scientific rigor, many old standards of belief.” —Fate Magazine

“The chapter on addiction presents an exciting and provocative new concept about the origin and process of addiction. A must read for therapists and addiction counselors.” —Ann McKain, past President of The American Academy of Psychotherapists

“A tour-de-force … Fascinating model of the psychology of addictive behavior … Profound and compelling account of the endless battle between warring aspects of our being—and how we might become whole … Their writings are an indispensable resource in my clinical work.” —Jeffrey Rubin, author of The Art of Flourishing

“Ambitious treatise [on] the foundation of our social and self-control mechanisms … [The addiction chapter] take[s] on the disease model … and also … ‘responsibility models’ … As a long time researcher … of addiction, I found [it] a refreshing analysis of predominant theories of substance abuse. [Their] own model of the divided psyche and ‘why it feels good to be bad’ was not only original but resonant … Particularly useful regarding the futility of the drug war/punitive approach …” —Marsha Rosenbaum, Journal of Psychoactive Drugs

“Anyone who reads The Guru Papers will be profoundly changed. Its ideas are like a medical laser beam vaporizing cancer cells with the power of truth.” —Steven Hassan, author of Combatting Cult Mind Control

“Delivers what it promises … Describ[es how] …  overt and covert authoritarianism can intrude into social, political, and religious beliefs and interfere with normal personality development.… Part II explores subtle, indirect forces in values and beliefs … concealed in what people assume and take for granted …Merits wide readership … highly recommended.” —Cultic Studies Journal

“Crystal-clear.…  [Goes] deeply into the inherent paradoxes in … world religion … Explain[s] with blistering clarity why we get seduced.” —Whole Earth Review

“A bold, timely, important book. It can teach us to think responsibly about ‘spiritual’ questions.… Deserves to be a basic text in comparative religion.” —Abraham Levitsky, coauthor with Fritz Perls of The Rules and Games of Gestalt Therapy

“A brilliant book inspiring new insights with each re-reading. Opening it randomly, I’ve received just the wisdom I needed for my next step toward freedom.” —Susan Campbell, author of Getting Real

“Very important … Simply and elegantly written … One of the most helpful books on psychological oppression of the decade.” —Creation Spirituality

“Explores [how] the struggle for independence … is countered by deeply embedded structures within every aspect of society … and within the individual psyche.” —Noetic Sciences Review

“Elegantly identifies the masks that power uses to hide its abuse[s] … Hard-hitting practical logic that rips the guts out of sacred cows that have fed too long in pastures provided by a naïve … population.” —Point Reyes Light

“Subversive … Challenges core beliefs with powerful arguments that seem self-evident … Offers hope … Shows the authoritarian virus is not in the bio-computer, but in the way it’s programmed.” —Timothy Leary, author of Flashbacks

“A powerful, magnificent book about our own individual integrity beyond any historic and self-appointed authority.” —James Kavanaugh, author of God Lives

“An essential key to understanding … control and manipulation” —The Bookwatch

“It’s unusual to find a book that covers [so] much ground … and does it so well.” —Truth Seeker

“Sheds light on our darkening political spirit … Compelling theory about why we keep taking the same tired approaches, despite their proven failure.” —Magical Blend

“Displays appropriate irreverence toward all organized religions—with a powerful analysis.” —Paul Krassner, author of Best of the Realist

Autorentext
Joel Kramer and Diana Alstad are co-authors of The Guru Papers: Masks of Authoritarian Power. They have written and taught together since 1974 on evolution, spirituality, relationships, values, awareness, yoga, and social issues. Their Web site is www.joeldiana.com.Joel Kramer, the author of The Passionate Mind, did post-graduate work in philosophy and psychology and was a resident teacher at Esalen Institute (1968-1970). He is a pioneer and legend of modern American yoga whose evolutionary vision of yoga freed it from its authoritarian roots, re-visioning it for the West.Diana Alstad, a Woodrow Wilson Fellow, received a doctorate from Yale University in 1971. She taught in the humanities and initiated and taught the first Women's Studies courses at Yale and Duke. She envisioned the Yoga of Relationship and developed it with Kramer.

The Guru Papers demonstrates with uncompromising clarity that authoritarian control, which once held societies together, is now at the core of personal, social, and planetary problems, and thus a key factor in social disintegration. It illustrates how authoritarianism is embedded in the way people think, hiding in culture, values, daily life, and in the very morality people try to live by. The book unmasks authoritarianism in such areas as relationships, cults, 12-step groups, religion, and contemporary morality. Chapters on addiction and love show the insidious nature of authoritarian values and ideologies in the most intimate corners of life, offering new frameworks for understanding why people get addicted and why intimacy is laden with conflict. By exposing the inner authoritarian that people use to control themselves and others, the authors show why people give up their power, and how others get and maintain it.

Inhalt
Preface and Map of the Book

Introduction:
Why Focus on Authoritarianism?
Authority, Hierarchy, and Power

1. Religion, Cults, & the Spiritual Vacuum
Religion and Morality
The Challenge of Science
Who Defines Reality in Religions and Cults?
Reexamining the Sacred

2. Gurus and Times of Upheaval

5. The Assault on Reason

6. Stages of Cults -- Proselytizing to Paranoia
The Messianic Phase
The Apocalyptic Phase

7. The Attractions of Cult Hierarchy

10. The Traps of Being a Guru
Narcissism and Adulation
Deceit and Corruption

12. On Channeling Disembodied Authorities
Assumptions about Channeling
An Example of Channeled Writing:
A Course in Miracles
What Are Channels Channeling?

13. Do You Create Your Own Reality?

2.  Satanism & the Worship of the Forbidden:
Why It Feels Good to Be Bad
Good and Evil
The Problem of Evil
Satanism as an Avenue to Power
The Divided Self: Good and Evil Internalized
Satanism as the Dark Side of Monotheism

3. Who Is in Control?
The Authoritarian Roots of Addiction
What Is Addiction?
The Divided Psyche:
Symptom of a Dysfunctional Morality
Taming the Beast:
The Inner Battle for Control
Addiction as Revolt Against the Inner Authoritarian
The Failings of Disease & Responsibility Models
Twelve Steps to Where?
Developing Wholeness and Self-Trust

Epilogue: Where to Go from Here? 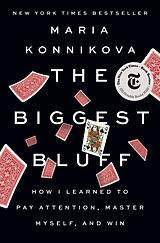 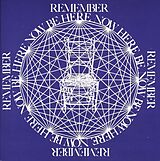