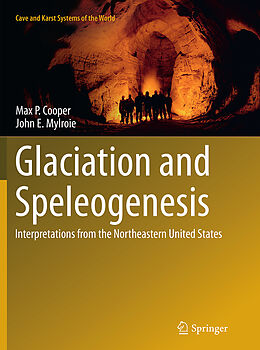 Focusing on glaciation and speleogenesis in the region of New York and New England, this book serves as an example of a karst region that has experienced large-scale continental glaciation. It reviews the literature on the controls of glaciation on karst development, exploring examples from the marbles of the Adirondacks, New England and eastern New York, the Ordovician strata of northern New York and the Siluro-Devonian strata of central New York. Each of these areas is examined in detail, demonstrating the evolution of thought on glaciated karst through case studies of individual caves as well as larger cave systems. Additionally, this book describes the geology and glaciation, the evolution of karst landscapes from pre-glacial times to the present and human interaction with the caves in the region.

Includes numerous maps of caves in the northeastern United States