Carrie Ralston is young, rich, and successful. Her path crosses that of Eben Christopher, a global wanderer, who is none of those things. Their relationship grows as her career begins to change. As she faces the disintegration of the world she has counted on, Carrie is forced into introspection about her life and the true place of Eben within it.

Sometimes humorous, often poignant and with a hint of mysticism, this story follows one woman and her discovery of what is meaningful, what is necessary, and what is true to the self.

Carrie returned the smile and watched him disappear up the stairs to the bar. She swiveled in her chair toward the ocean and brought her knees up under her chin, her legs encircled in her arms. She gazed into the gray nothingness beyond, where the separation between sea and sky could no longer be found, and began to review the day. What came most to mind was Eben asking, Would it be all right? Carrie knew she had faced problems before - it had always been part of the thrill. She had plenty of energy to do battle. She had full confidence in herself and in her ability to succeed over the likes of Hendreik or Borland. But for the very first time, to the extent of her ability to perceive it, she wasnt sure she wanted to try. 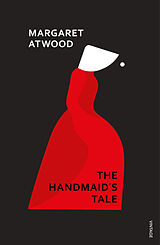