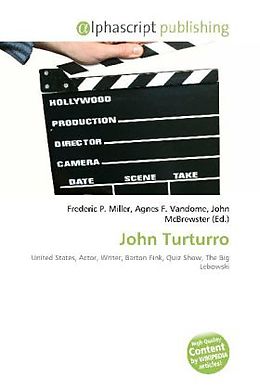 Please note that the content of this book primarily consists of articles available from Wikipedia or other free sources online. John Michael Turturro (born February 28, 1957) is an American actor, writer, and director best known for his performances in Barton Fink (1991), Quiz Show (1994), The Big Lebowski (1998), and O Brother, Where Art Thou? (2000). He has appeared in over sixty movies, and has worked frequently with the Coen brothers and Spike Lee. He is well known for his ability to change both his demeanor and physique.