The Erosion of the Thin Blue Line

Sgt. Joe Massey (Retired) shuns the idea of being politically correct with this insider's account of what it's like to be a Washington, D.C. police officer.

He learned early on that being a police officer is like being an artist: It's open to interpretation. You must make nonbelievers believe and crush anyone who challenges your authority.

Over time, his fellow officers became family, and they supported each other through good times and bad. They did their jobs no matter how dangerous the situation-and concerns about public perception rarely entered the equation.

Develop a newfound respect for the dangers that police officers face on a daily basis, as well as changes that are leading to "The Erosion of the Thin Blue Line."

Titel
The Erosion of the Thin Blue Line

Untertitel
Memoirs of My Life As a Washington, D.C. Police Officer 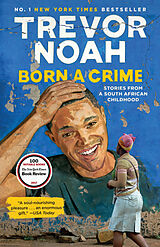