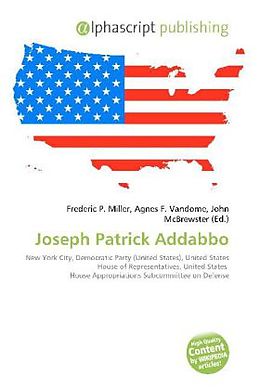 Please note that the content of this book primarily consists of articles available from Wikipedia or other free sources online. Joseph Patrick Addabbo (March 17, 1925 April 10, 1986) was a New York City politician who served as a Democrat in the United States House of Representatives from 1961 to 1986. As the chairman of the United States House Appropriations Subcommittee on Defense in the 1980s, he was a noted critic of President Ronald Reagan''s massive defense spending increases.