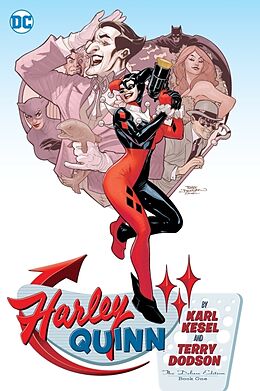 Harley Quinn By Karl Kesel And Terry Dodson: The Deluxe Edition Book One

From authors Karl Kesel (BATMAN & SUPERMAN: WORLD'S FINEST) and Terry Dodson (TEEN TITANS EARTH ONE) comes a deluxe edition of Harley Quinn’s journey without the Joker in HARLEY QUINN BY KARL KESEL AND TERRY DODSON: THE DELUXE EDITION BOOK ONE. Harley Quinn, psychiatrist turned psychopath, is the killer cutie you can’t help but love. She’s always been unfailingly loyal to her true love and inspiration, the Joker. So what does she do when her puddin’ betrays her? She hits the town--hard, with a mallet! Now that she’s single, Harley’s having the time of her life, whether she’s two-timing Two-Face or throwing a slumber party for the likes of Catwoman and Poison Ivy. Plus, a sidekick no longer, Harley’s formed her very own gang of henchmen--the Quinntets--and she’s about to become a crime boss the likes of which Gotham City has never seen! Collects HARLEY QUINN #1-9, a sketch gallery in the back and a new cover by Terry Dodson!

Karl Kesel is one of the most successful artists to come out of DC's New Talent program. He counts Jack Kirby as a major influence on his work -- while having a fondness for Kirby's quirky character creations. Kesel built a solid reputation as a respected inker on such titles as SUPERMAN and SUICIDE SQUAD in addition to his efforts as a writer on HARLEY QUINN, ADVENTURES OF SUPERMAN and SUPERBOY. 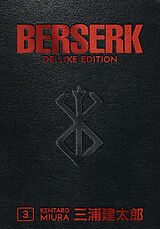