Units 3 & 4; Introduction; Unit 3: Law-making; Area of Study 1: Parliament and the citizen; Part I: 1.1 Principles of the Australian parliamentary system; 1.2 Structure of the Commonwealth and Victorian Parliaments and roles played by the Crown and Houses of Parliament in law-making; 1.3 Reasons why laws may need to change; 1.4 The Victorian Law Reform Commission; 1.5 Means by which individuals and groups influence legislative change; 1.6 Legislative process for the progress of a bill through parliament; 1.7 Strengths and weaknesses of Parliament as a law-making body; Area of Study 2: The Constitution and the protection of rights; Part II: 2.1 Division of law-making power between state and Commonwealth parliaments under the Commonwealth Constitution; 2.2 Restrictions imposed by the Commonwealth Constitution on the law-making powers of the state and Commonwealth parliaments; 2.3 Process of change by referendum under Section 128 of the Commonwealth Constitution; 2.4 Way in which one successful referendum changed the division of law-making powers; 2.5 Role of the High Court in interpreting the Commonwealth Constitution; 2.6 Significance of two High Court cases involving the interpretation of the Commonwealth Constitution; 2.7 Capacity of the states to refer law-making power to the Commonwealth Parliament; 2.8 Means by which the Commonwealth Constitution protects rights; 2.9 Significance of one High Court case relating to the constitutional protection of rights in Australia; 2.10 Australia's constitutional approach to the protection of rights and the approach adopted in other countries; Area of Study 3: Role of the courts in law-making; Part III: 3.1 Ability of judges and courts to make law; 3.2 Operation of the doctrine of precedent; 3.3 Reasons for interpretation of statutes by judges; 3.4 Effects of statutory interpretation by judges; 3.5 Strengths and weaknesses of law-making through the courts; 3.6 Relationship between courts and parliament in law-making; Unit 4: Resolution and justice; Area of Study 1: Dispute resolution methods; Part 4; 4.1 Reasons for a court hierarchy; 4.2 Original and appellate jurisdictions of the Victorian Magistrates' Court County Court and Supreme Court (Trial Division and Court of Appeal); 4.3 Role of the Victorian Civil and Administrative Tribunal (VCAT); 4.4 Dispute resolution methods used by courts and VCAT; 4.5 Strengths and weaknesses of dispute resolution methods used by courts and VCAT; 4.6 Strengths and weaknesses of the way courts and VCAT operate to resolve disputes; Area of Study 2: Court processes and procedures and engaging in justice; Part 5; 5.1 Elements of an effective legal system; 5.2 Major features of the adversary system of trial; 5.3 Strengths and weaknesses of the adversary system of trial; 5.4 Major features of the inquisitorial system of trial; 5.5 Possible reforms to the adversary system of trial; 5.6 Criminal pre-trial procedures and their purposes; 5.7 General purposes of criminal sanctions; 5.8 Overview of three types of sanctions and their specific purpose; 5.9 Supreme Court civil pre-trial procedures; 5.10 Purpose of civil remedies; 5.11 Types of civil remedies; 5.12 The role of juries; 5.13 Strengths and weaknesses of the jury system; 5.14 Reforms and alternatives to the jury system; 5.15 Problems and difficulties faced by individuals in using the legal system; 5.16 Recent changes and recommendations for change in the legal system; Dictionary; Index. 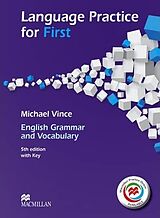 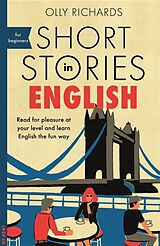