The Framework of Anglo-Saxon History

Kenneth Harrison examines how Anglo-Saxons reckoned time and the significant part played in the development of historical writing.

Zusammenfassung
Kenneth Harrison examines how Anglo-Saxons reckon time through the luni-solar calendar as well as the Easter tables, and thus demonstrates the significant part played by Anglo-Saxons in the development of historical writing. This book will be of interest to Anglo-Saxon scholars, historians studying Irish and Welsh annals and continental sources, and to archaeologists of the period.

Preface; 1. The moon and the Anglo-Saxon calendar; 2. Raiding and settlement; 3. The Easter tables of Dionysius; 4. The Christian era in Britain; 5. Bede's History; 6. Annals and charters; 7. The Anglo-Saxon Chronicle; Appendices; Bibliography; Index.

Titel
The Framework of Anglo-Saxon History 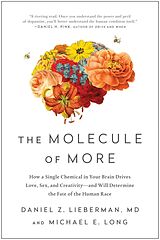