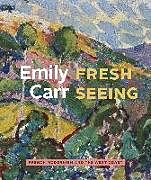 Kiriko Watanabe is the Gail and Stephen A. Jarislowsky Curator at the Audain Art Museum, where she has taken on Emily Carr: Fresh Seeing as her first major curatorial project. Originally from Japan, she is interested in the visual and design culture of British Columbia, with a special focus on mid-century and West Coast B.C. art. She is the curator and co-author of Selwyn Pullan: Photographing Mid-Century West Coast Modernism, and the recipient of an Award of Excellence from the Royal Architectural Institute of Canada.


Zusammenfassung
In 1911, Emily Carr returned from a sixteen-month trip to France with a new understanding of French Modernism and a radically transformed painting style, one that broke free from the artistic shackles of her conservative training and embraced a new means of expression. Her studio experiences in Paris, her en plein-air painting in the French countryside, and her encounters with such artists as expatriate English painter William Henry Phelan Gibb, Scottish painter John Duncan Fergusson, and New Zealand watercolourist Frances Hodgkins had a profound impact on her work. Emily Carr: Fresh Seeing focuses on the dramatic changes in her painting style, showcasing the paintings, drawings, and watercolours that she produced in France, as well as the works she created upon her return to the West Coast of Canada in 1912. The text of her 1930 speech Fresh Seeing, in which Carr sought to explain Modern art to her baffled public, is included alongside an essay by writer and critic Robin Laurence. Also featured are essays by Carr scholar Kathryn Bridge, who examines the artist's travels and studies with post-Impressionist artists in Paris, Crécy-en-Brie, St. Efflam, and Concarneau; collector Michael Polay, who details the inclusion of two of Carr's paintings in the famed Salon d'Automne alongside pieces by Marcel Duchamp, Pierre Bonnard, and many other internationally renowned artists; and the Audain Art Museum's Gail and Stephen A. Jarislowsky Curator, Kiriko Watanabe, who recounts Carr's return to the West Coast and the paintings that resulted from her ambitious sketching expeditions to the Upper Skeena River, Haida Gwaii, and Alert Bay in the summer of 1912. 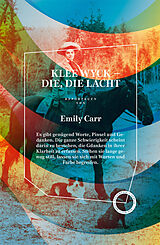 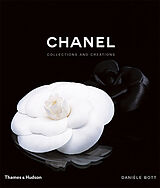