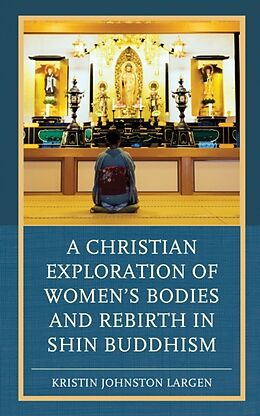 A Christian Exploration of Women's Bodies and Rebirth in Shin Buddhism

Jodo Shinshu Buddhism inherited many negative doctrines around women's bodies, which in some early Buddhist texts were presented as an obstacle to rebirth, and a hindrance to awakening in general. Beginning with an examination of these doctrines, the book explores Shin teachings and texts, as well as the Japanese context in which they developed, with a focus on women and rebirth in Amida's Pure Land. These doctrines are then compared to similar doctrines in Christianity and used to suggestion fruitful avenues of Christian theological reflection.