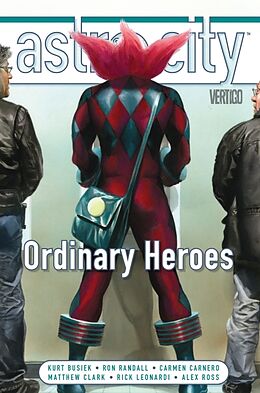 The son of a superhero must choose his future. A lawyer faces challenges far beyond any human court. A long-forgotten villain has a chance at finding new glory. And a cat may be the difference between life and death for a frightened child. Heroes…all around you. In Astro City, where the general public walks side by side with heroes, villains, monsters and more, the ordinary and the extraordinary are never far apart. From tales of villains, heroes, bystanders and even house pets, acclaimed creators Kurt Busiek, Alex Ross and an all-star gathering of artists invite you in to discover the lives beyond the costumes and the human side of the superhuman. The 15th volume in the award-winning ASTRO CITY series. Collects #35, #36, #39, #40, #42 and #44.

"It's impossible not to smile." --IGN

"ASTRO CITY reminds readers just how much fun Busiek and Anderson's series can be. It was absolutely worth the wait."--COMIC BOOK RESOURCES

"I don't often realize how much I miss ASTRO CITY when it's gone until it comes back and sweeps me up again." --MTV

"The most interesting new game in town, as far as caped crusaders are concerned."--THE WASHINGTON POST

"One of the most well-crafted, life-affirming, and exhilarating superhero comics in recent memory."--THE COMICS JOURNAL

Autorentext
Kurt Busiek was born in Boston, Massachusetts. He began writing comics professionally in 1982, selling stories to both DC and Marvel Comics in the same month, both of which appeared the same day. Since then, he's written series and characters ranging from MICKEY MOUSE to VAMPIRELLA, including AQUAMAN, SPIDER-MAN, CONAN, IRON MAN, the AVENGERS and more. He is best known for his co-creation ASTRO CITY, which have garnered numerous industry awards. He lives in the Pacific Northwest with his wife, Ann, and his two daughters. 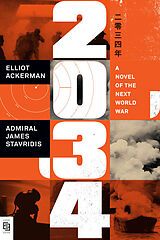