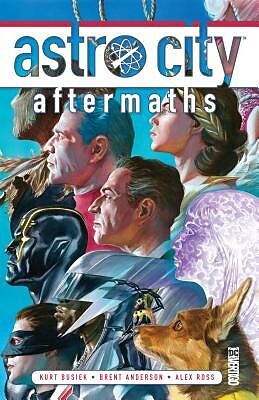 The conclusion of Kurt Busiek's Eisner Award-winning series Astro City is here, as over 20 years of graphic storytelling comes to an end! This legendary series goes out the way it burst onto the comics landscape: telling everyday stories from the viewpoint of those who walk the streets alongside the spectacular heroes of Astro City. ;; * ;;Meet G-Dog, possibly Astro City 's most unusual superhero ever. Half man, half dog--but who's running the show? The answers will change a life, reveal another hero's deepest secrets and possibly, just possibly, save the world. Oh, who are we kidding...they'll definitely change the world. Do you see that handsome face? ;; * ;;The story of Resistor, who's making headlines all across the nation. And one reporter is determined to find out the truth--not simply to report it, but to find her missing father. A story of protest and power, love and loss, and an enigmatic, ever-changing hero. ;; * ;;Michael Tenicek lost his wife, years ago, to a chronal cataclysm. But he's not the only one in Astro City whose life has been upended by life among the superheroes. Today we'll meet others, learn their stories and see how Michael--and friends--cope with their trauma. A sequel to the Eisner-nominated "The Nearness of You," considered by many to be Astro City 's best story ever. The Astro City periodical series wraps up here, in Astro City Vol. 17 . Collects issues #47-52.

"The most interesting new game in town, as far as caped crusaders are concerned." --Washington Post

"It's impossible not to smile." --IGN

"I don't often realize how much I miss ASTRO CITY when it's gone until it comes back and sweeps me up again." --MTV

"ASTRO reminds readers just how much fun Busiek and Anderson's series can be. It was absolutely worth the wait." --Comic Book Resources

"A stunningly imaginative piece of work." --The Onion/A.V. Club

Kurt Busiek was born in Boston, Massachusetts. He began writing comics professionally in 1982, selling stories to both DC and Marvel Comics in the same month, both of which appeared the same day. Since then, he's written series and characters ranging from Mickey Mouse to Vampirila, including Aquaman, Spider-Man, Conan, Iron Man,the Avengers and more. He is best known for his co-creation Astro City, which have garnered numerous industry awards. He lives in the Pacific Northwest with his wife, Ann, and his two daughters.

Zusammenfassung
The conclusion of Kurt Busiek s Eisner Award-winning series Astro City is here, as over 20 years of graphic storytelling comes to an end! 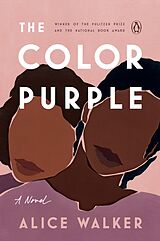