Informationen zum Autor Laurence Coupe is Senior Lecturer at the Manchester Metropolitan University. He is the author of Myth (1997) and editor of The Green Studies Reader (2000). Zusammenfassung Kenneth Burke--rhetorician! philosopher! linguist! sociologist! literary and music critic! crank--was one of the foremost theorists of literary form. He did not fit tidily into any philosophical school! nor was he reducible to any simple set of principles or ideas. He published widely! and is probably best known for two of his classic works! A Rhetoric of Motive and Philosophy of Literary Form. His observations on myth! however! were never systematic! and much of his writing on literary theory and other topics cannot be fully understood without fleshing out his thoughts on myth and mythmaking. 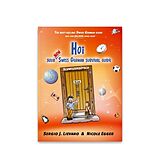