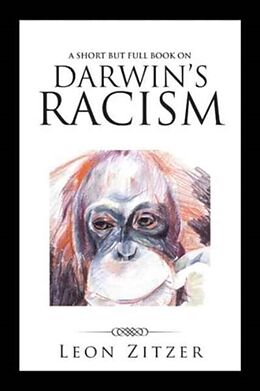 A Short but Full Book on Darwin's Racism

Darwin once pondered what it would be like to talk to an ape "if he could take a dispassionate view of his own case." The ape, he said, would have to admit he was inferior to humans. Darwin was obsessed with ranking organisms. It was no different with human beings. It is not hard to prove that racism deeply infected the work of Charles Darwin. Turn the pages of his writings-his letters, Journal, Notebooks, and published works-and it's there. There is hardly a source that does not contain it. It seems like every time he picked up his pen, he had something to say about the inferiority of certain races. For him, evolution produced inequality. But Darwin and evolution are not synonymous terms. It is possible to criticize Darwin without criticizing the theory of evolution. Some previous evolutionists, as well as some of his contemporaries, were more holistic and humanitarian than he was. They looked for connections rather than disconnections and ranking. They defied the ideology of conquest and domination of their day and paid a price. We can continue to eliminate them from our memories, or we can retrieve their voices and let them inspire.

Titel
A Short but Full Book on Darwin's Racism