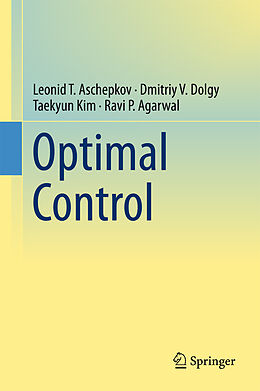 This book is based on lectures from a one-year course at the Far Eastern Federal University (Vladivostok, Russia) as well as on workshops on optimal control offered to students at various mathematical departments at the university level. The main themes of the theory of linear and nonlinear systems are considered, including the basic problem of establishing the necessary and sufficient conditions of optimal processes.
In the first part of the course, the theory of linear control systems is constructed on the basis of the separation theorem and the concept of a reachability set. The authors prove the closure of a reachability set in the class of piecewise continuous controls, and the problems of controllability, observability, identification, performance and terminal control are also considered. The second part of the course is devoted to nonlinear control systems. Using the method of variations and the Lagrange multipliers rule of nonlinear problems, the authors prove the Pontryagin maximum principle for problems with mobile ends of trajectories. Further exercises and a large number of additional tasks are provided for use as practical training in order for the reader to consolidate the theoretical material.

Perfect for a graduate, in-depth course on optimal control

Leonid Aschepkov is a professor in the Department of Mathematical Methods of Economy at Far Eastern Federal University.